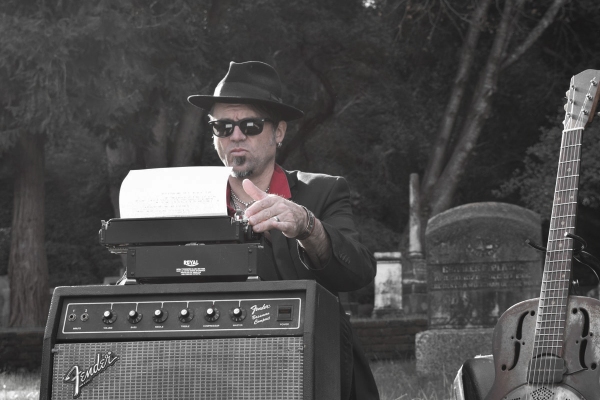 Christopher “Preacher Boy” Watkins began his professional songwriting career working with a string of legendary producers who mentored his early endeavors, including Sandy Pearlman (The Clash, Blue Oyster Cult, Black Sabbath), Norm Kerner (Jewel, American Music Club), and Todd Rundgren.  Absorbing all he could from these early influences—while simultaneously digging ever deeper into the country blues that were his first true musical love—Preacher Boy slowly forged the singular songwriting style that would eventually earn him international acclaim.

This style was first heard on his debut release for Blind Pig Records, the album Preacher Boy and The Natural Blues. The album ignited a not-insignificant degree of controversy in the Roots & Blues community, released, as it was, long before “Americana” even existed as a modern genre. But while controversial, it was also a critical success:

“With some of the most innovative roots music on the scene today, Preacher Boy will make a believer out of even the most skeptical. The album creates dusky lyrical landscapes littered with hobos, ghosts, drunks, loneliness, love, and salvation. The result is a totally unique twist on roots music.” –Blues Access

Publications as diverse as Rolling Stone, Living Blues, and Sing Out gave it glowing reviews, and by his second Blind Pig release (Gutters & Pews) Preacher Boy had won a coveted Bay Area Music Award (a “Bammie”), shared stages with everyone from Chris Isaak, Cracker, and Counting Crows, to Jimmy Vaughan, Los Lobos, J.J. Cale and John Lee Hooker, and been anointed “Charlie Musselwhite for the Lollapalooza Generation.” (This quote would become a running joke between Preacher Boy and Charlie when they toured together some 10 years later!)

Touring took Preacher Boy regularly to the UK, and he eventually signed with an English record label, once again working with extraordinary production mentors –Jon Astley and Andrew McPherson (The Who, Eric Clapton)–on the album that would lead to his greatest success yet as a songwriter:

“Preacher Boy is a songwriter of startling originality.” –MOJO

His genre-bending album Crow was the debut release for the new label, and upon hearing it Eagle-Eye Cherry –then riding high on his breakthrough single “Save Tonight” as well as his contributions to Santana’s Supernatural album– personally invited Preacher Boy to join him on tour.

Preacher Boy would go on to co-write two albums with Eagle-Eye. The first –Living In The Present Future– saw him working with yet another legendary producer/mentor, Rick Rubin. These sessions were recorded at New York’s famed Magic Shop, and one of the songs –“Long Way Around” (featuring Eagle-Eye’s sister Neneh Cherry on vocals)– would earn Preacher Boy his first Gold Record. 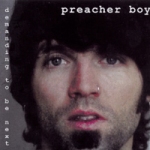 Brooks returned the songwriting favor for Demanding To Be Next, the first solo-acoustic Preacher Boy release, co-writing both “My Gold Canoe” and “Whistleman.” This album earned Preacher Boy some of his most effusive critical praise to date, with “Whistleman” even being compared to the great man himself:

“(Preacher Boy’s) voice, a cross between those of Kelly Joe Phelps and Tom Waits, has an otherworldly quality that makes him sound like no one else and suits his quirky songs well. ‘Whistleman’ packs detailed, offbeat imagery that recalls Dylan’s best.” –Blues Revue

Preacher Boy’s songwriting has appeared on a number of soundtracks as well, including “Approaching Union Square” the critically-acclaimed independent film by writer/director Marc Myers, and “Smallville, the long-running, award-winning TV show.

Preacher Boy eventually took a musical hiatus to focus on another written form: poetry. He received two writer’s grants (one of which saw him working alone for 3 months in the house where Jack Kerouac was living when “On The Road” was published and where he wrote “The Dharma Bums”) and earned an MFA in Creative Writing. He saw his debut volume of poetry published –Short Houses With Wide Porches (Shady Lane Press)– and received significant critical support from the poetry community:

“The poems of Christopher Watkins are, at once, tender, shrewdly observed and enormously vital.” -Baron Wormser (former Poet Laureate of Maine, a Guggenheim grant recipient, and the author of many award-winning collections of poetry.)

Preacher Boy then returned to music, and to songwriting. He recorded and released a new album—The National Blues (Coast Road Records)—and is regularly performing both solo and in various group formats. 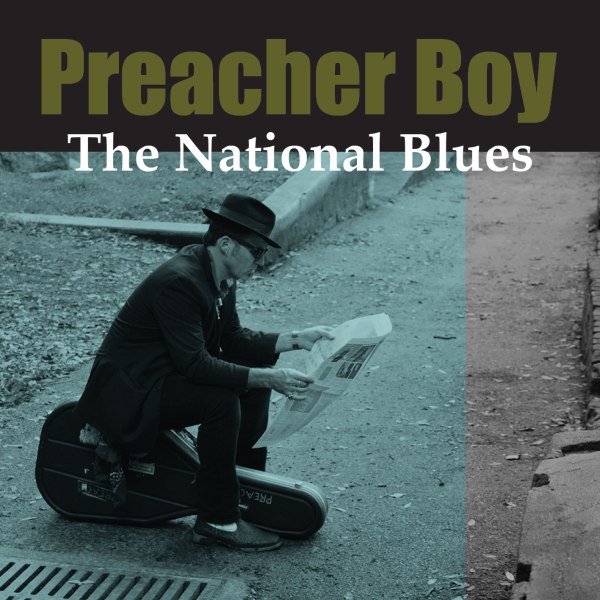 This entry was posted on Monday, April 25th, 2016 at 10:16 pm and posted in Preacher Boy: General News, Recordings | Albums, Songwriting, The National Blues. You can follow any responses to this entry through the RSS 2.0 feed.
« Preacher Maker
Judging the “Songwriter’s Showcase” Finals: Year Two »