First, “I Did It All” by Tracy Chapman. Few artists would dare tread on Sacred Sinatra Soil, but that’s exactly what Tracy Chapman does with this song. This is “My Way” for a new generation. Tracy Chapman is a badass, plain and simple. I knew it when I saw her beat out Sting, Peter Gabriel and Bruce Springsteen for best set of the day at that Amnesty International Concert so long ago—she did it with just a single guitar, when she was just a young woman with one beautiful and strange hit on the radio called “Fast Car.” If you ain’t down w/ Tracy Champan, you ain’t down with much.

Next, “This Land Is Your Land” by Woody Guthrie. Because you can’t believe it was WRITTEN. That one writer, with a pencil and a guitar, actually sat down and created this. It didn’t grow out of the ground like some bent and peculiar flower. It didn’t fall out of the sky like some permanent snowflake. It was WRITTEN. And it is perfection.

Third, “When Doves Cry” by Prince. Yes, I have him on the brain. We all do. But this was a classic the second he released it. It is a classic as we mourn him. And it will be a classic for decades to come. THIS is proof that pop music and vision don’t have to mutually oppose. For me, this song is like the great, pathos-laden girl group songs of the 60’s, those rockabilly-meets-torch songs that broke and mended hearts, then broke them again. In that strange, baffling, all-consuming emotional eco-system where love and loss of parents and love and loss of love—where romantic love and parent love—are inextricable, there is a song playing, and it is the soundtrack of this crazy emotional realm, this neo-natal origin story of the heart, and it is this song.

Next, “Space Oddity” by David Bowie. Because anyone who can fit an entire play, an entire movie, an entire novel, and entire life, an entire world, an entire species, an entire galaxy, into a single, mutant art-folk song, deserves to be recognized as a bloody genius. The man David Bowie has given us the man Major Tom, and he has entered our consciousness through song.

Fifth is “My Funny Valentine.” The song was written by Richard Rodgers (music) and Lorenz Hart (lyrics), and it is quite simply one of the most gorgeously weird songs every written. The melodies are almost crippingly beautiful, and when voices like Chet Baker’s take it on, it’s almost too much to bear. Hearing the notes emerge from Miles Davis’ horn is akin to drifting into a gossamer trance. And then there are the lyrics:

Is your figure less than greek
Is your mouth a little weak
When you open it to speak
Are you smart?
But dont you change one hair for me
Not if you care for me
Stay little valentine stay
Each day is valentines day

This is an emotional perversion of the highest order, and there is something both hopelessly earthy and trancendentally romantic afoot here. This isn’t a song you could sell, or pitch, or even explain. One just has to write it. Fortunately, this one was written, and we’re the better for it. Care to argue about the definitive version???

Next is “Ugly” by Robert Pete Williams. Because if you don’t think Country Blues produces incredible songwriting, then you don’t know nothin’ about nothin’. Because this song ends with the lines:

Mama, why I got to be so ugly in this world?
Son, that’s just a mark that God put on your face. 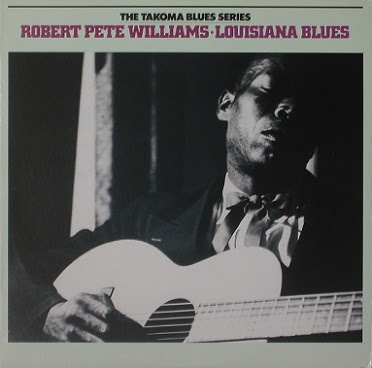 Because if you don’t think that’s poetry, you don’t know nothin’ about nothin’. Because when you HEAR this song—with it’s raw, howling vocal, it’s emotive, impressionistic lyric stream, and it’s rivetingly funky, minor-chord stomp, you WILL know somethin’ about somethin’.

Finally, for song number seven, we have “Broken Arrow,” written by Neil Young. This is one of those songs that sort of proves what’s possible when it comes to song itself. In many ways made possible only by the studio (it famously took some 100 hours to record), it is also at heart a simple folks song. The images are so powerful, the melodies so compelling, the oddities so appealing, and the simplicities so magical, it’s simply hard to know how to name its accomplishment. It’s a song I come back to time and time again, to just marvel at what’s possible when one believes in song.

The streets were lined for the wedding parade,
The Queen wore the white gloves, the county of song,
The black covered caisson her horses had drawn
Protected her King from the sun rays of dawn.
They married for peace and were gone.
Did you see them, did you see them?
Did you see them in the river?
They were there to wave to you.
Could you tell that the empty quivered,
Brown skinned Indian on the banks
That were crowded and narrow,
Held a broken arrow?

This entry was posted on Saturday, April 30th, 2016 at 10:20 pm and tagged with David Bowie, Neil Young, Prince, Robert Pete Williams, Rogers & Hammerstein, Tracy Chapman, Woody Guthrie and posted in Lyrics, Songwriting. You can follow any responses to this entry through the RSS 2.0 feed.
« Judging the “Songwriter’s Showcase” Finals: Year Two
Rollin’ the PreachSongs Dice »