Gil Scott-Heron – Pieces of a Man 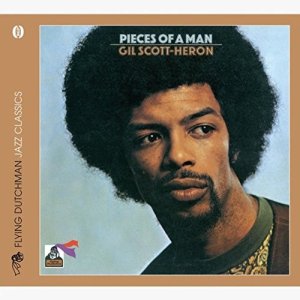 There are SO many reasons to recommend this album. So many.

So many, that I’ll probably have to recommend it again later in the year, just so I can talk about it again.

But there is a VERY special reason to recommend it today.

In 1968, a bill was proposed, with the goal of creating a national holiday to honor Dr. Martin Luther King, Jr. It would take until 1979, and the endorsement of Jimmy Carter, for that bill to actually enter the US House of Representatives. It failed.

In 1981, noting a “disturbing drift in the country towards war, bigotry, poverty and hatred,” Stevie Wonder took it upon himself to get the bill into law, tapping into the support of union leaders and workers, and citizens across the company who were signing petitions in support of the bill. He wrote and performed a song for the cause, entitled “Happy Birthday.” He hosted and performed at the Rally for Peace Press Conference.

He took his mission on tour, determined to build irrefutable support for the bill. His original plan was to tour with Bob Marley. But Marley’s cancer put him in the hospital, where he died just six months later. Marley couldn’t do the tour. So who did Stevie get to replace him?

Despite initially opposing it, Ronald Reagan ultimately signed the bill in 1983, and established Martin Luther King, Jr. day as a national holiday.

And THAT is why I am recommending this album today.

Recommended track to start with: The Revolution Will Not Be Televised