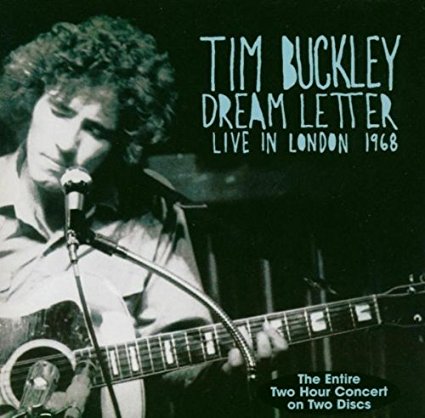 Like so many artists who came to prominence in the 60s and 70s, Tim Buckley’s career is ultimately one as much of promise as potential. That said, unlike so many who died so early (Janis Joplin, Jimi Hendrix, et all), he released a lot of material during his lifetime; 9 studio albums in all. But on the other hand, he died of a drug overdose before he was 30.

Also not unlike many artists from that era, he was in many ways a victim of the era’s freedoms, in that while he was able to experiment musically in ways we rarely see anymore, he also seemed never to really find himself. He is largely thought of as being a “folk-rock” artist, but his albums over the years traversed psychedelia, funk, soul, jazz, and more.

In the end, the real story of Tim Buckley was and is his voice. It was an insane monster from another world, utterly elastic, haunting, and incredible, with an almost unimaginably wide range running from grumble to shriek, baritone to falsetto, heaven to hell, and back again.

I love this album for its simplicity. The accompanying musicians are in telepathic union with Buckley, remaining subtle and supportive throughout, particularly Lee Underwood on guitar. Buckley is free to roam, and does so, but the quiet acoustic sensibility staves off his uncomfortable genre excesses, leaving all focus on the hair-raising emotionality of his voice.

Recommended track to start with: Phantasmagoria in Two

Don’t let the title fool you. This is quite simply fucking beautiful.