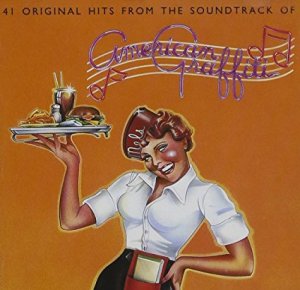 For the first 4-5 years of my life, I don’t know that I knew there was any other music other than this music. I pretty much grew up on this soundtrack. And this is where I discovered Chuck Berry.

It is testament to the importance of the man’s music that 90 years feels too short to have had him on this planet.

I recommended a Chuck Berry collection a few recommendations ago, so it occurred to me that it would be nice today to both honor the moment I first heard his music, but also, to present him in the context of his own history. This is the music that was going on around him as he was coming up, and while I absolutely love everything collected here, it’s also patently obvious that as a songwriter, and as a master craftsperson, Chuck Berry was simply heads above the rest.

To me, Chuck  Berry was a cross between a fly in amber, and a haiku master. In some respects, he never really changed or “evolved” what he did, and in that respect, he sort of remains a gem locked in time. But at the same time, the revelations he provoked within the seemingly simple constraints of a rock n’ roll song are on par with Basho for their timeless relevance.

It is with boundless respect and deep bows that I bid farewell to Charles Edward Anderson Berry. The greatest rock n’ roll master of them all.