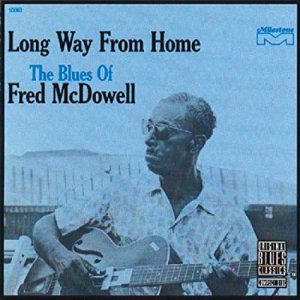 It’s oddly a very different album. It’s shorter, the songs are more “familiar” in terms of their origin stories being in the general country blues canon, and most notably of all, it’s recorded very, very differently.

Levee Camp Blues is notable for its intimacy, its warmth, its clarity, its “naturalness.”

It’s a pretty hard collection to find, actually. It’s part of the Original Blues Classics series on Milestone, and it was recorded in 1966. I got it on vinyl when I was still in high school, and I was floored by it. It was just SO fuckin’ cool.

This album has always been—and continues to be—a huge influence on my songwriting and my playing. Honestly, if you go listen to “Preacher Boy and The Natural Blues”—my debut release on Blind Pig Records—after listening to this record, it’ll be REAL obvious whose spell I was under at the time.

Recommended track to start with: Milk Cow Blues. For my money, it’s the best version of this song ever recorded.