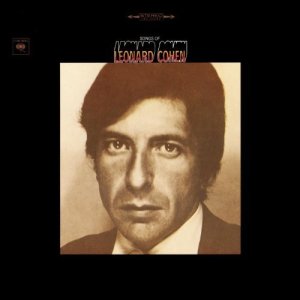 This is where it begins. The debut Leonard Cohen release. It’s an album that is in many ways born of conflicts. Cohen was headed to Nashville to be a country singer. Instead, he ended up as folkie in New York. He was supposed to be produced by John Hammond. Instead, he got John Simon. Cohen wanted a sparse sound. Instead, he was given strings and horns and drums. The album features his most famous song—Suzanne. Yet having signed away the rights, he only ever made money on live performances.

All conflicts and unusual twists on pre-existing expectations aside, it’s a remarkable achievement for a debut album. He was already a veteran of the word, having successfully published poetry, but as a first foray into music, Suzanne, So Long Marianne, Sisters of Mercy, Hey That’s No Way To Say Goodbye, etc together make for a fairly stunning inauguration.

Endless love, see you down the road.