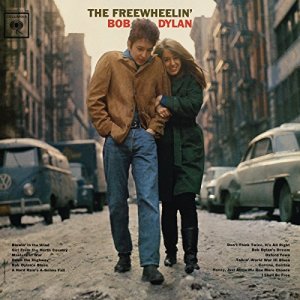 Well, it is the man’s birthday after all.

Having already recommended Mr. Dylan’s first album, I now move to his second.

If his debut yielded one arguably almost-great song—that being Song to Woody, of course—album number two offers, by my count, at least five indisputably great songs:

Which is a pretty stunning leap forward, to say the least.

It’s not yet his greatest album, and it’s not quite my favorite, but it is an astonishing, incredible, towering, and moving achievement.