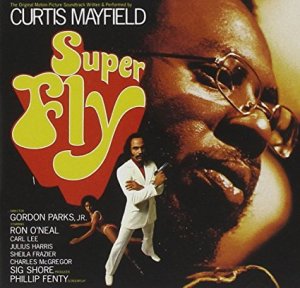 If Curtis Mayfield had never recorded this soundtrack, he still would have been a legend several times over.

But the fact is, he DID record this soundtrack. And thus, he is one of the greatest of them all.

Dare I say it? Superfly.

Can you dig it?