The Doors – The Soft Parade 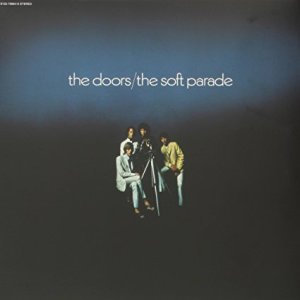 His output as a member of The Doors is vexing at best, infuriating at worst. When The Doors were good, they were amazing. When they were terrible, they were horrid. One might have almost thought Longfellow was imagining the coming of Morrison when he wrote the following:

There was a little girl, who had a little curl
Right in the middle of her forehead,
And when she was good, she was very, very good,
But when she was bad she was horrid.

Why choose this album to mark this day, today? After all, it was arguably the album Morrison participated in the least, and was the most disconnected from. It is an anomaly in their already uneven catalog. Yet somehow, for me, it manages to capture all the strange greatness and terrible weirdness they were capable of.  The good songs here are incredible—”Wild Child” remains my favorite of all their songs. “Shaman’s Blues” is exactly that. And the title song is as great a patchwork as is “Broken Arrow” by Buffalo Springfield.

Even “Touch Me,” for all its overdone art-pop strivings, is a strangely fascinating song. And honestly, given where we’ve come to today, I’d gladly return to a time when music of this ilk was considered “pop.”

As to the rest of the album, you can be the judge, but for me, the high points here achieve a music that no one else has ever matched. Whether that’s a good thing or not is for you to decide, but I’m glad these songs were given to us.