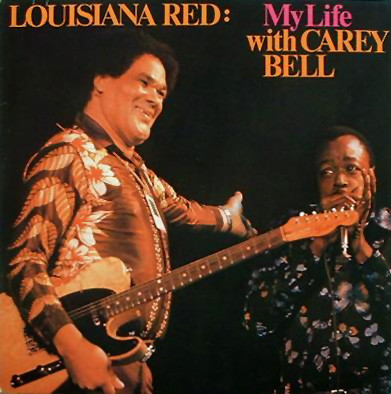 Man, I just revered this album when I was a young fella. I got it somewhere in my teens if I recall, and I just straight up wore it out.

So you can imagine how staggered I was when, on the very first Preacher Boy tour after the very first Preacher Boy album came out on Blind Pig Records, I was told that in the club where we were playin’ on whatever night it was, wherever we were (somewhere in Southern California, if I recall), was none other than Carey Bell! And, he’d come specifically to hear US play!

I mean, I really couldn’t believe it. But there he was, sittin’ like royalty, waitin’ to give me an audience. And I went up, and I introduced myself, and I said, “I think we’re label mates,” and I told him I was on Blind Pig Records, (there was a Carey Bell album out on Blind Pig), and he looked up at me (he was sitting, I was standing and leaning over to talk to him), and he said: “Fuck Blind Pig.”