Chris Whitley – Living with the Law 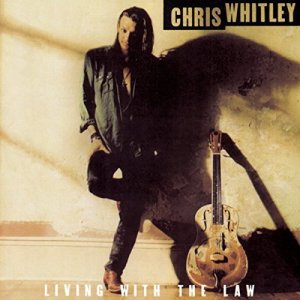 I first heard this album shortly after it was released, and it was a revelation; I felt as if I just understood it immediately, understood him, understood the music, understood the songs, and I just loved the whole experience of listening to this incredible piece of work.

It would be years before I’d meet and share stages with Chris, and I’d of course come to find out this album wasn’t exactly a “pure” expression of who he really was, but while I felt I understood why that was so, that realization hasn’t changed or dampened my affection for this record—I still love it.

He was just such a badass at this stage of the game. Somehow—and with no small measure of courage—he seemed to get more vulnerable as he matured as an artist, whereas here, he’s on the edge of brazen, a bit macho, slightly venomous, just a really tautly coiled and intense cat.

The Malcom Burn touch is all over this thing, and while it may have been a bit of a box to escape, it’s a beautiful sonic box all the same.

Living with the Law, Big Sky Country, Kick the Stones, Make the Dirt Stick, Poison Girl … the list goes on. They’re just killer songs—fully-formed in a way that not all of his later work would be. I’m grateful for everything Chris created, and while some of his later work ranks as his best, this album will always hold a real special place in my heart.