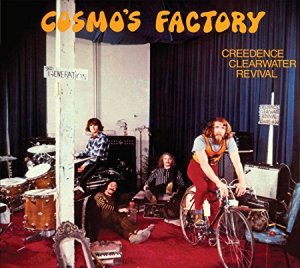 And here we come to #5, the last truly great CCR album … and what a “Great with a capital G” album it is!

You’d think at this point they’d be running out of steam, right? Nope! Instead, we get what is arguably the album that is more chock full of songwriting goodness than anything they’ve yet done!

Can it be possible that one album, one original album, could have this many killer tracks on it? Travelin’ Band? Lookin’ Out My Back Door?? Run Through The Jungle??? Up Around The Bend???? Who’ll Stop The Rain?????

That’s more greatness than most bands manage in an entire lifetime.

Plus, you get a killer cover of Bo Diddley’s Before You Accuse Me, and a possibly canonical cover of I Heard It Through The Grapevine!

Just a motherfucker of an album, to say the least …