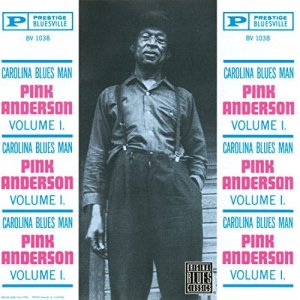 You may be more familiar with a STORY about him, then you are WITH him. After all, it can be said that he’s the namesake for the Pink part of Pink Floyd.

But what you SHOULD know about his, is that he was, as made clear by this album’s title, a Carolina Bluesman. He’ll often come up in conversations that include Blind Boy Fuller, but his style is all his own.

What he DOES share with Fuller is the ability to be both tough and swingin’. Check out his version of “I Had My Fun,” and I think you’ll see what I mean.

Which one’s Pink? This one.