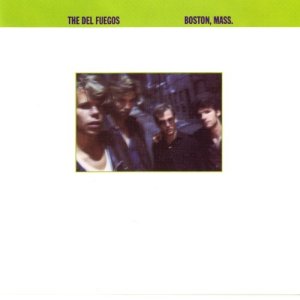 There are a lot of reasons why you might know the Zanes brothers, other than because of this album. Dan Zanes, the main vocalist in The Del Fuegos, is now a respected, if eccentric, purveyor of children’s music. Warren Zanes, the main guitarist, is a respected music journalist (and occasional recording artist), whose Tom Petty bio is 100% required reading.

All that said, the real reason you should know them is because of their short but fantastic tenure as The Del Fuegos.

They came out at a time when we were all enjoying what might be termed a new wave of heartland rock—acts like Lone Justice, The Beat Farmers, Cruzados, and more were pioneering names in the scene, and mainstream acts like John Mellencamp, Bruce Springsteen, and Tom Petty were digging into similar sounds. Today, we might call it all Americana, but that charming sobriquet didn’t exist back then. Back then, The Del Fuegos were considered a sort of garage-rock bar band.

What they were, were a fine band in the lineage of Creedence Clearwater Revival, et al. Drums, basses, guitars, and heart-on-the-sleeve verse-chorus-bridge songs delivered with a lot of soul, and a bit of rasp.

I loved ’em, and I love this album. I’ve been trying to write “I Still Want You” my whole career.