Alejandro Escovedo – A Man Under The Influence 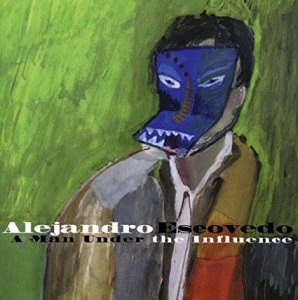 I first picked up this record because I was on a serious Townes Van Zandt kick, and everywhere I read about Townes, someone would mention Escovedo. So I picked this one up, and immediately realized 3 things: 1) comparing Escovedo and Van Zandt is like comparing Snickers and Payday; they both have peanuts, and they’re both delicious, but the comparisons end there, 2) this shit was great!, and 3) I lucked out, because it turned out this was also the best thing he’d ever done, so I started in a good place.

What else did I learn? That Robert Christgau definitively is a tin-eared luddite when it comes to understanding music. That he highlighted “Castanets”—which is the only piece of shit song on what is otherwise a masterpiece collection—as essentially the only song of merit here, makes clear how woeful his taste really is. For the record, George W. Bush kept “Castanets” on his personal iPod. Which led Escovedo to stop playing the song. So for that, I’ll thank W. And as to Christgau … whatever.