Can You “Win” at The Blues? Thoughts On “Competing” in the International Blues Challenge

The International Blues Challenge Solo/Duo Competition, presented by the Golden Gate Blues Society, and hosted by Mission Street BBQ, begins at 2pm PST on Sunday, Oct 21, 2018. All are welcome to attend and listen, and those who purchase a ballot may vote on who to send to Memphis to represent the region! 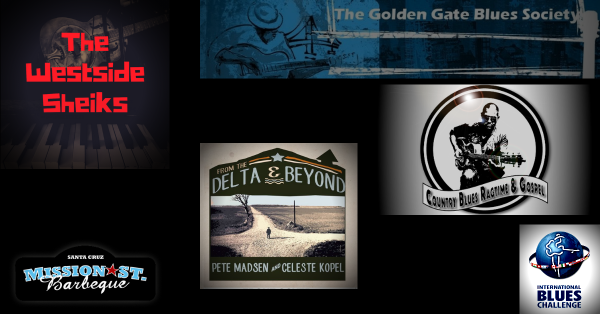 What we’re talking about is music that doesn’t come from money.

Woody Guthrie, as much of a blues musician as anyone in my book, may have said it best:

Underserved and marginalized communities have to stick together. But the powers-that-be don’t want it that way. Divide and conquer. Get folks squabblin’ amongst themselves. That’s how the man runs the plan. The man is comfortable. And we’re here to disturb him.

We take care of each other, and we sound our horns.

The Golden Gate Blues Society is presenting an event this weekend in Santa Cruz, CA. The International Blues Challenge Solo/Duo competition. Three acts will “compete” for the opportunity to represent the region in Memphis, TN. 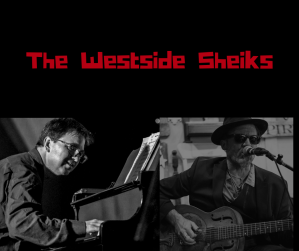 The Westside Sheiks are one of the acts that will “compete.” I am a proud half of the core that comprises said Westside Sheiks. The other half is Jonathan “Captain Ahab” Dryden, the most talented musician I’ve ever known. He’s like Jaki Byard, Errol Garner, and Bill Evans meets Garth Hudson, Benmont Tench, and Leon Russel. In the Sheiks, I have the honor of being Scrapper Blackwell to his Leroy Carr. 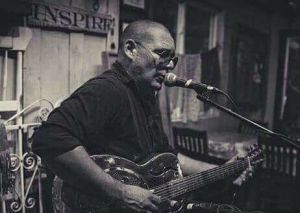 Also to “compete” is the incomparable Rob Vye, within whose fingers the ghosts of Blind Blake, Rev. Gary Davis, and Blind Willie McTell roam. He is the ragtimiest of fingerpickers. The gospeliest of soapboxers. The footstompiest of bluesmen. He’s a mendicant at the altar of Mt. Zion. He’s Zen and the Art of a Dog and a Van. He’s a crooner where others might holler. He’s a tune-down when others might tune-up. He’s a syncopating, three-finger alchemist of the country soul. In short, he’s the real deal. 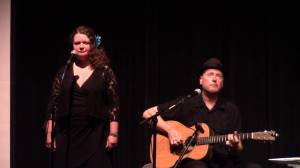 Third in this line-up is Mr. Pete Madsen, accompanied by Celeste Kopel. They have recently bequeathed unto the world a phenomenal album entitled “From The Delta and Beyond,” which aggregates their performances of the almighty delta canon—the canon built on the works of Son House, Skip James, Tommy Johnson, and more. Mr. Pete is a scholar and a teacher, yes, but he’s also a player. A finger-bouncin’, thumb-thumpin’, swinger of the steel strings, yes, but also a rocker, a fiery electric bluesman who can grease up and pull down some Albert King from the sky as needed. That said, this competition is about the down home, the back porch, the boot on the ground; it’s about the intimate on the parapet, and Mr. Pete and Celeste’s rare muso chemistry is meant for rakishly downtrainin’ the downtrodden blues into the wood and steel light.

In short, such a night!

The point is, there is no “competition.” There is only the music. You, and the night, and the music. 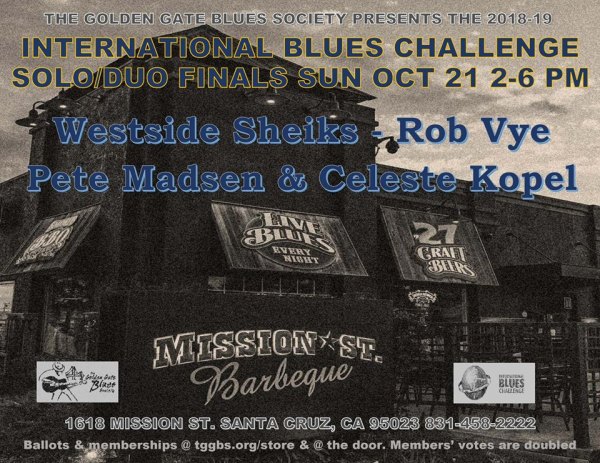 This entry was posted on Saturday, October 20th, 2018 at 9:10 pm and posted in Blues Musicians, Blues Singers, Live Performance, Musicians, The Westside Sheiks. You can follow any responses to this entry through the RSS 2.0 feed.
« The Rumble Strip – Coming September 23!
Deep Bows, Tony Joe White, Deep Bows. »