365 Days of Album Recommendations – May 6 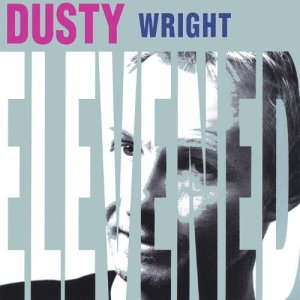 Hard to believe it’s been nearly a decade-and-a-half since this album was recorded. Hard to believe, given how fresh it still sounds today.

Americana with a capital A was still a young genre when this album was coming together. The Americana Music Association had formed just a few years before. The Recording Academy wouldn’t add it as an official category for another 6 years. Americana didn’t make the dictionary as a real world until two years after that.

I don’t know whether Americana just hasn’t grown very much since it’s early days, or whether Dusty Wright is just a straight-up prophet, but this album sounds like it could have been recorded yesterday.

It wasn’t recorded yesterday, however. It was recorded almost a decade-and-a-half ago, mostly in New York, and I was privileged to be a part of it.

Some of my personal favorite moments happen on the song Let The Wind Blow. The bounce and swing of this song is just irresistible, and I loved getting to both sing and play banjo on it. The whole album is pure singer-songwriter/folk/americana joy, but I’ll especially always treasure getting to be a part of that song.

And for the record, Dusty Wright IS a prophet.